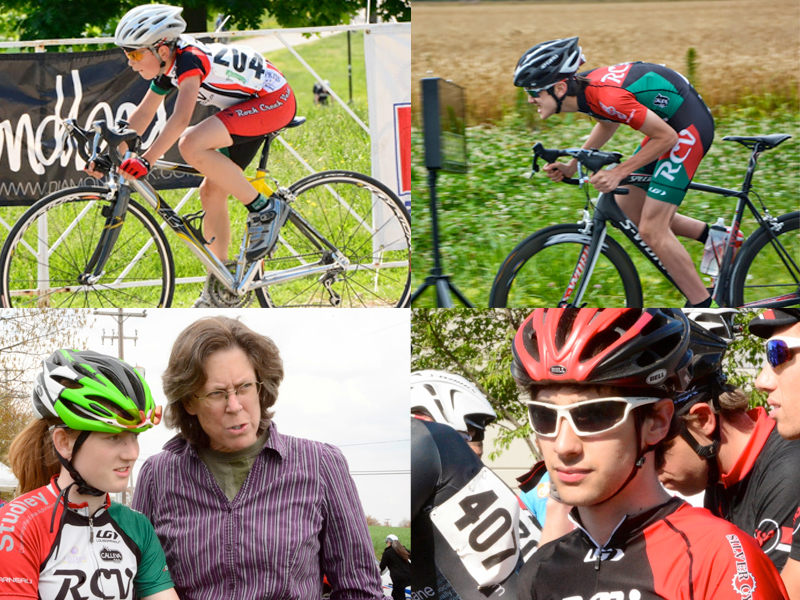 Zayk Cronyn, Evan Goldberg, Svetlana Mack and Sam Nussenzweig will proudly represent Rock Creek Velo at the USA Cycling Junior Road National Championships this week. All four will compete in the road and criterium events and Zayk, Evan and Sam will also contest the time trial. 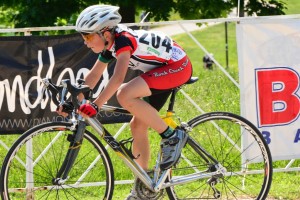 Racing in his first road season in the Junior 9-10 category, Zayk Cronyn has learned quickly and has a great attitude while training or racing. Zayk has notched some strong results coming into the US Nationals with a 4th at the Church Creek TT and 2nd in the Tour de Tysons Jr 9-10 race. Zack wil be moving back to Tuscon, Arizona where he’ll be a 5th grader at the Khalsa Montessori school in the fall. Rock Creek Velo’s loss and a terrific gain for the El Grupo Youth Cycling Club. 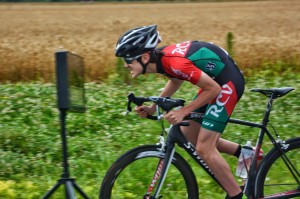 Evan is a talented 14 year old who excels in both road and cyclocross events. Fresh off a win in the eJunior 13-14 race at the Tour de Tysons on Sunday June 29 before leaving immediately for Madison, he faces stiff competition from 68 of the nation’s most talented 13 and 14 year old cyclists. Evan and the entire Rock Creek Velo junior men’s squad have been dominant all season and currently Evan leads the Mid Atlantic Bicycle Racing Association Best All Around Junior 9-14 rankings. Evan is a rising freshman at the Field School in Washington DC. 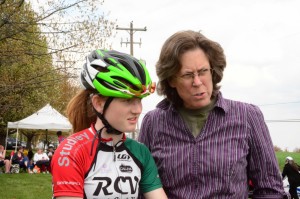 Svetlana Mack is a rising sophomore at Einstein High School and already a Category 2 racer in cyclocross, an event in which her superb bike handling skills are in evidence. Svetlana has notched some impressive podium finishes this road season and particularly looks forward to the challenging road race on Wednesday, July 2. Svetlana excels in the mountains and will ride away from the other 15 competitors if she’s feeling frisky!  This is Svetlana’s second trip to the US Nationals. In 2012, she earned 5th place in the 13-14 road race. 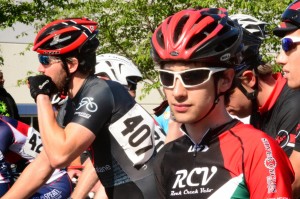 Sam awaiting the start of a Men’s Cat. 4 race

Sam Nussensweig has blossomed into an extremely consistent and savvy racer this season. He has dominated the Category 4 Men’s category, at one time leading the Best All Around competiition this season, but he has upgraded to Category 3 in preparation for his first US National Championships. When he’s not racing or training, Sam is working as a summer intern at the NIH and is a rising senior at Bethesda Chevy Chase High School.

All four Rock Creek Velo racers are grateful for the excellent team support they’ll be receiving from their parents during the Nationals and from their ace mechanic Linda Mack, who is owner of Silver Cycles in Silver Spring and wields an impressive wrench.